What will unfold is not really as important as what we make of it. Happy 2013. Farewell 2012. Time to believe in new things. Time to think differently, engage in new good habits, new actions,  see the world and all its wonders. But the more wonderful thing is creating the wonders ourselves -- no matter how big or how little. Be it the smile on a child's face, a hug or a grand vacation in Europe. Doesn't matter. There will be dark times, there will be sad ones too.  Just never forget, whatever happens, life never ends. It only transforms.  To you who have followed this blog, thank you. Seriously. Because there really isn't much material. And I really don't want to make it feel like an obligation --  you lose out on the fun, you lose out on the spontaneity.  There are still little projects on the way, things I dream of making just for the sheer pleasure. Every project is a struggle in finding out how to make things, how to improvise and how to arrive at the desired results. Some get there. Some offer some learnings. I admit there are times when I don't know how far this will go. And if it does end,  may the little posts here somehow inspire you to create your own play,  ignite some idea, and make your little doll world as enjoyable as mine.  May you have your own "reverie". Happy New Year to all! 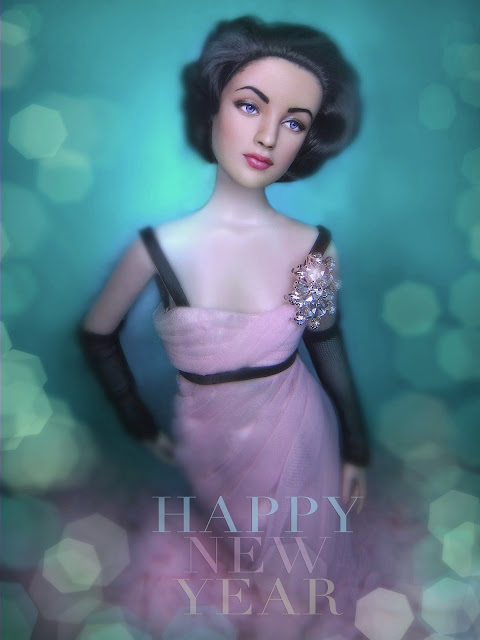 Marit Allen's work came to my attention when she did the costumes for the miniseries Scarlett. If there is anything supremely wonderful about this re-creation and re-invention of Scarlett 'O Hara, it would be the costumes designed by Marit Allen. Entering the bustle era, one can see many wonderful sequences where Scarlett (as played by Joanne Whalley Kilmer) wore fabulous gowns and day dresses. I've seen the "making of Scarlett" and saw Miss Allen fitting dresses on the actress there. She seems like a nice, pleasant person to work with. I like that the gowns were more adhering to realistic interpretations.  Now Vivien Leigh and Joanne Whalley are almost the same height (Vivien Leigh = 5'3 and Whalley at 5'4 ). But it seems that Whalley looked smaller on screen -- and then I realized that height doesn't necessarily translate to similarity of human form. Vivien Leigh had a longer neck and thus, lower shoulders.  This may be the reason why I see her as a longer person vs. Whalley. The point of this observation is how both carried their gowns. Leigh's long neck and was less heavy on the bosom which made her lighter and longer. Whalley was on the voluptuous side (methinks) and therefore looked a little plump with the dresses. But movement wise -- Leigh was swan-like the way she carried her costumes with hands that would fly in the air, turning her body to create sways and movement with the dress -- as if the dress movement itself was part of the emotion she wanted to project. Well, that's just a my observation on the differences. I am not one to bring down the reinterpretation of Scarlett. I am actually delighted with the way the dialogues have been written -- that doesn't mean I like the storyline. That's another story though. We go back to this dress.

Here is one Marit Allen gown re-created by Tamara Gavrysh for me. It is the gown worn by Scarlett to a Charleston Ball and after which the one she wears when she almost drowns. Poor Joanne Whalley almost did! Watch the youtube link to the making and you'll find out how.  I will show you more detailed photos of this OOAK gown later on. I think the detail of Tamara's gown shows a great approximation of the Marit Allen gown.
Here is a link where you can find some of Marit Allen's creations:
http://fashioninfilm.stormtrooperprincess.com/fashioninfilm/scarlett.html 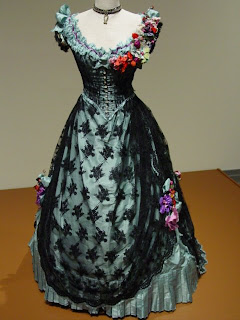 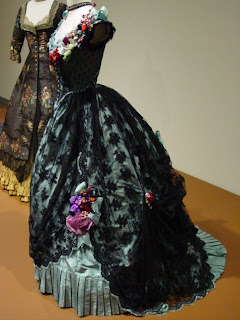 And here is Tamara Gavrysh's re-creation of Marit Allen's gown.  What I like about her recreation again is the attention to detail: the choice of lace, the color of the flowers and the draping of the gown. She also made gloves and a wonderful purse (is that what you call it) and a collar which I yet have fix a bit. 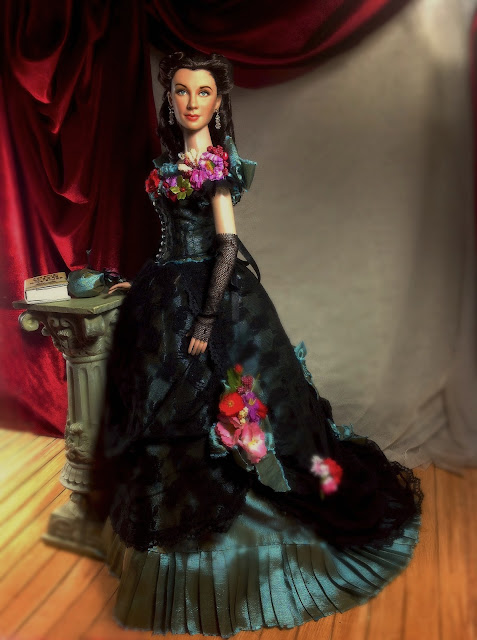 And a little more about Marit Allen who I feel deserves more recognition than what she got. She passed away in 2007 at the age of 66 because of brain aneurism. She was a beautiful and talented lady, and with this gown I do salute you!

Marit Allen has been the costume designer on two previous films directed by Ang Lee, The Hulkand Ride with the Devil.
She was a Costume Designers Guild Award nominee for her work on Stanley Kubrick's Eyes Wide Shut; an Emmy Award nominee for her costume design on John Erman's miniseriesScarlett; a CableACE Award nominee for designing the costumes on Ivan Passer's telefilmStalin; and a BAFTA Award nominee for Michael Radford's White Mischief.
Early in her career, Ms. Allen collaborated with director Nicolas Roeg, on Don't Look Now andBad Timing: A Sensual Obsession, and would later reteam with him on Eureka and The Witches.
Among the many other films she has been the costume designer on are Stephen Frears' The Hit; Frank Oz' Little Shop of Horrors and Dirty Rotten Scoundrels; Dusan Makavejev's Manifesto' Wayne Wang's Eat a Bowl of Tea; Richard Benjamin's Mermaids; Carroll Ballard's Wind; Agnieszka Holland's The Secret Garden; Chris Columbus' Academy Award-winning Mrs. Doubtfire; Jim Jarmusch's Dead Man; Kathryn Bigelow's The Weight of Water and K-19: The Widowmaker; Jonathan Frakes' Thunderbirds; and, most recently, Steven Zaillian's All the King‘s Men. (Photo of Miss Allen from http://www.starscolor.com/; Article from http://focusfeatures.com/)