Many times I have to stop believing in myself when I say: "I'll pass this one off". Which is my first decision about Tonner's Heartbroken. Jamie Wyatt, a collector of GWTW Scarletts prompted me to take a second look. So, as you can see, here I am with "just" the outfit of Tonner's first 2012 release. The doll is Mrs. Charles Hamilton whose curls I've finally decided to recurl with small straws, re-arranging them, hairsprayed, and clipped, cut a bit. No not even the wind cold blow that away.
It is the probably the most heart-breaking scene in the film: to bear witness to the death of ones child. In the story it also shows the level of emotional intelligence the Butlers had in their marriage. Something I wish could have been resolved in a sequel.
The Blue Peignoir robe like some of the minor costumes has only a few minutes of exposure in the film. We don't even see the fullness of that gown.
The description according to http://www.hrc.utexas.edu/ (image source from this website), and it is called
The Blue Peignoir with Fox Trim 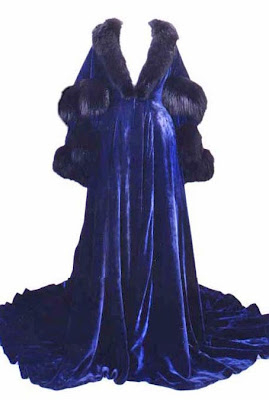 What I like: First the blue robe is soft and drapes excellently i.e., in scale. The velvet reflects light very well too. Sadly my lights are not appropriate to reflect all, nor is my camera sufficient with tools to capture how well light falls on that robe.
You may be thinking what I'm thinking: Why didn't Tonner discover this fabric for the Blue Velvet Portrait Scarlett -- it would have been marvelous to behold if they just used this.
The outfit comes with jewelry and one could only deduce that Scarlett must be a real vain person. She was supposedly recuperating from a miscarriage in this scene.
The fur is of the wrong color. Personally, I think it needed a trim too -- to reveal the structure of the gown better.
The gown under is wonderful too. Wishing though that it would have been really as full and glorious as its velvet wrap. But over-all, its something worth having for your Scarlett collection. I had no regrets with this piece. Congratulations Tonner! 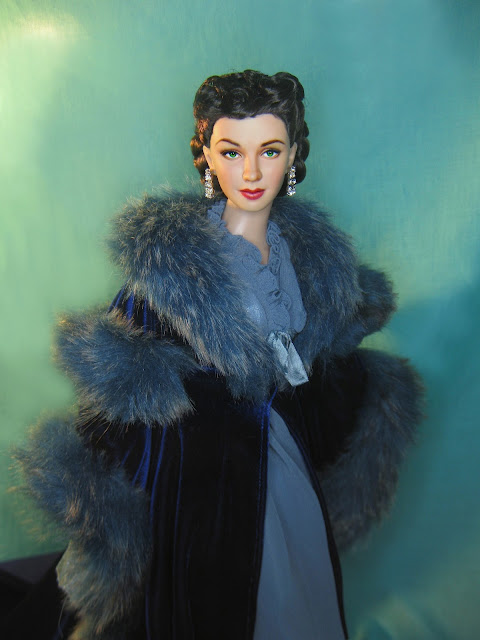 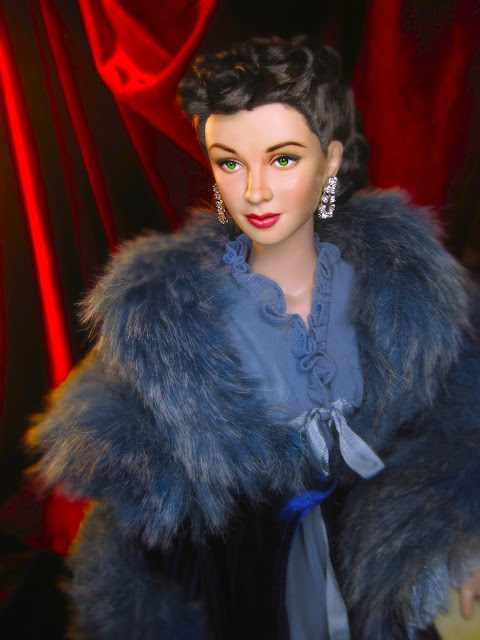 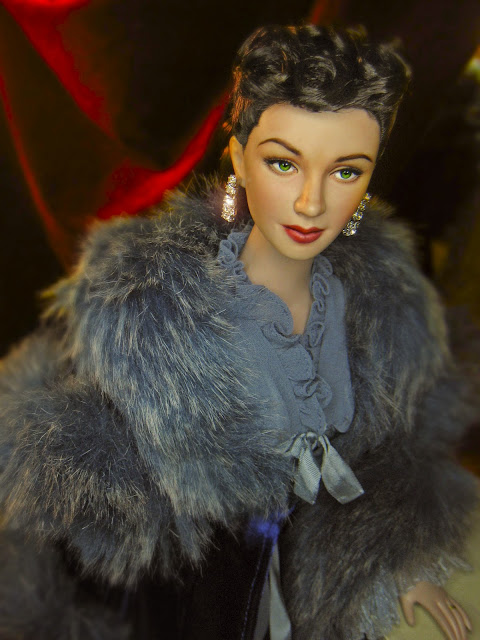 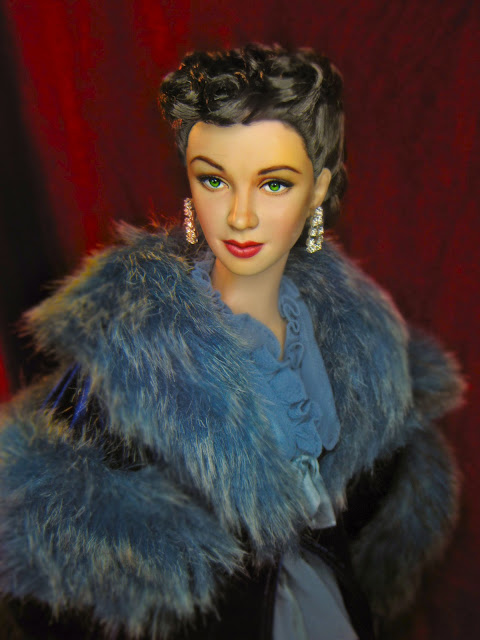 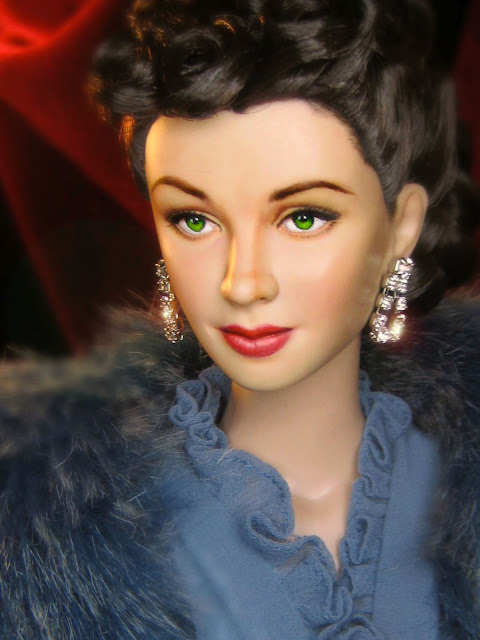