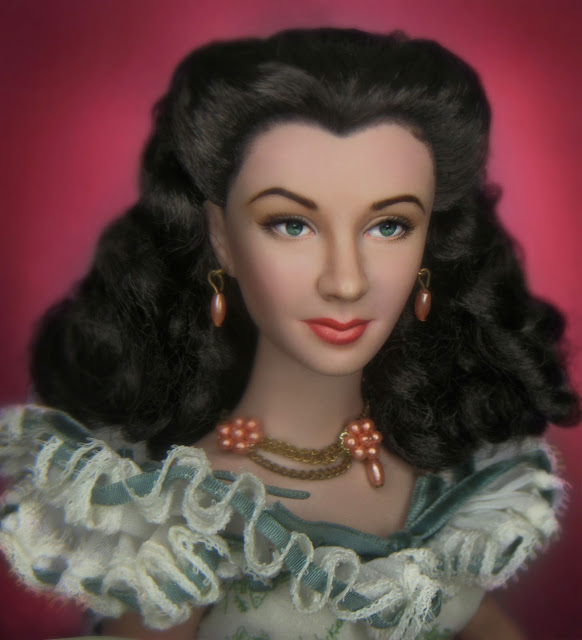 Its a holiday here where I am. Celebrating this little joy with a Scarlett portrait against scarlet-ish background. It's a busy, busy December with lots of work coming up, one repaint commission to do and early shopping for Christmas. Also thinking of Tonner's Christmas 1863. If not the doll, the dress will do. But I already have the FM version of it. Also wanting a Professor McGonagall.
Posted by Raphael at 8:50 PM 3 comments:

The Nymph: A Tonner Antoinette Portrait 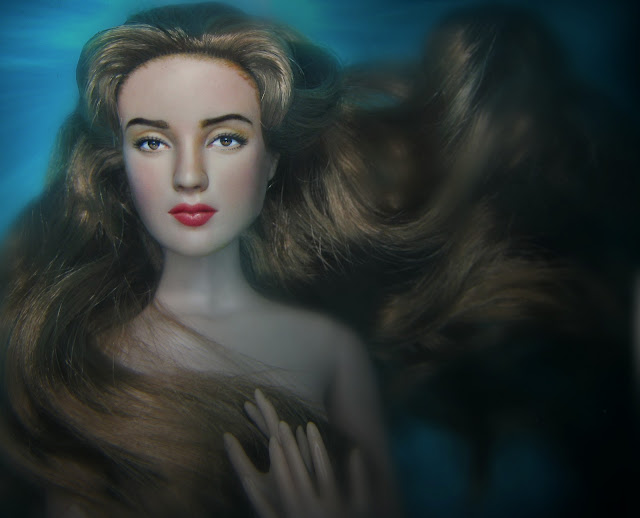 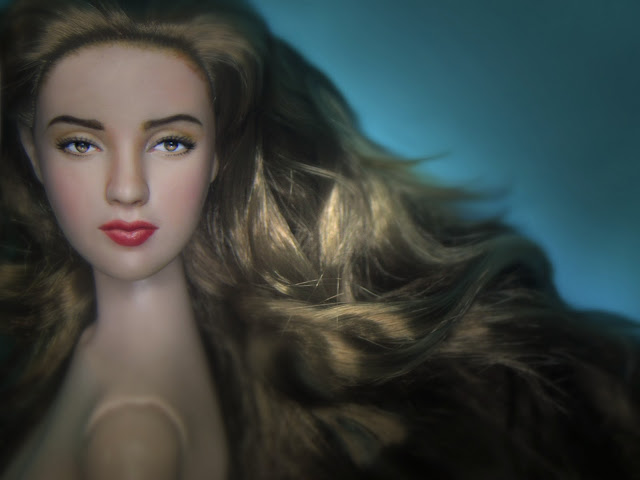 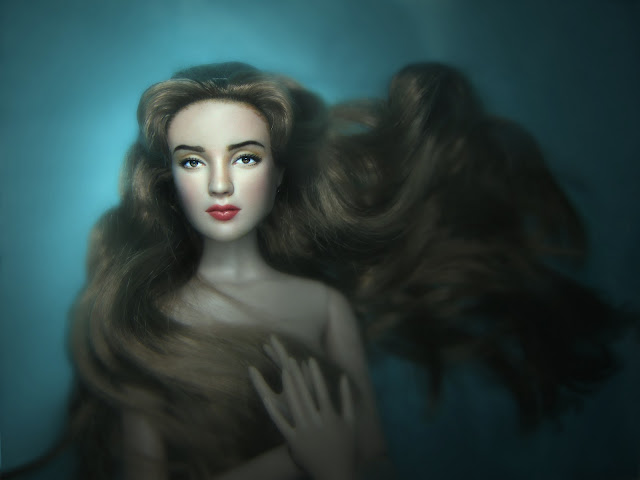 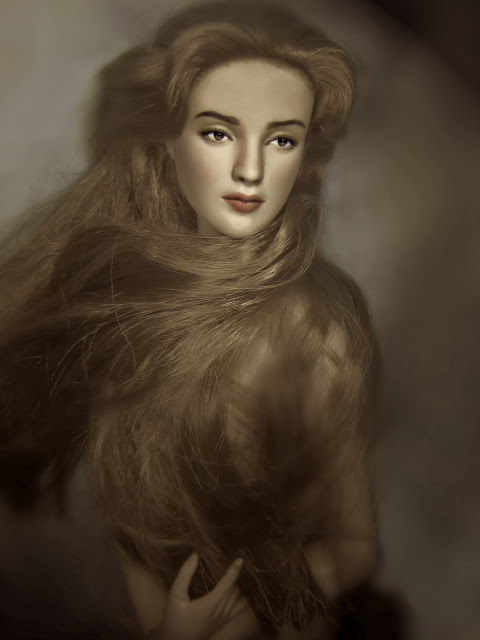 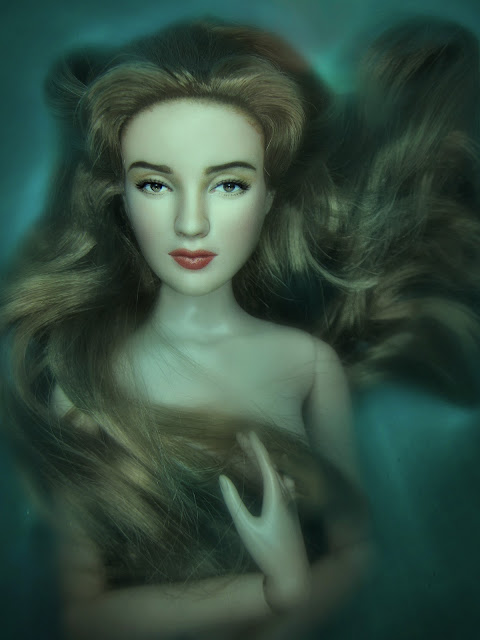 Email ThisBlogThis!Share to TwitterShare to FacebookShare to Pinterest
Labels: The Nymph's Reply to the Sheperd, Tonner Antoinette 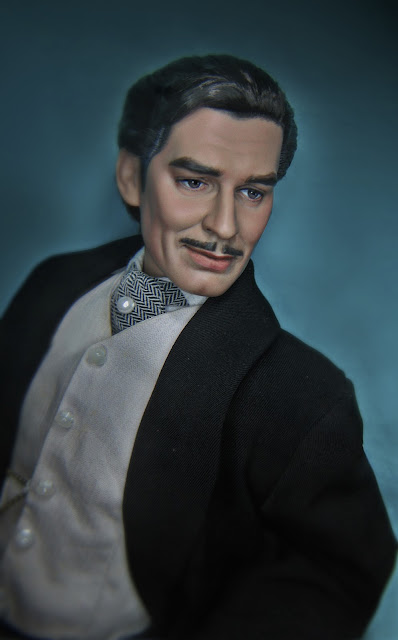 Posted by Raphael at 9:09 AM No comments:

Gone with the Wind Paper Dolls of Maria Varga 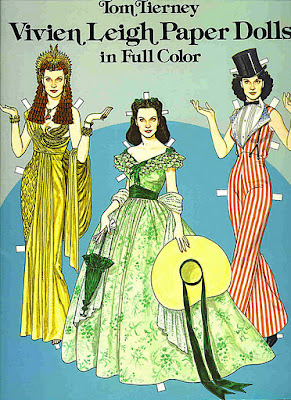 Searching the internet for new views on Scarlett gave me a surprise. I found an interesting paper doll collection and among which were things I didn't even know existed -- The Search for Scarlett Paper Dolls -- which happen to have a collection of costumes worn by Scarlett aspirants, namely Anita Louise and Paulette Goddard. I never imagined someone would be able to find the costumes worn by these women during tests. The collection is owned by Maria Varga (Link: https://picasaweb.google.com/100423364328646051648) Here are a few of those GWTW dresses plus some Vivien Leigh paper dolls with dresses from her other films. They are very good references for those into sewing GWTW or Vivien Leigh costumes. 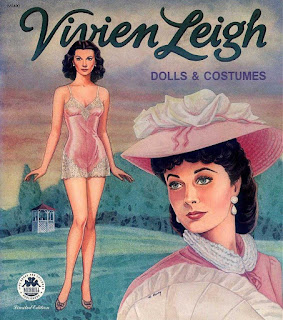 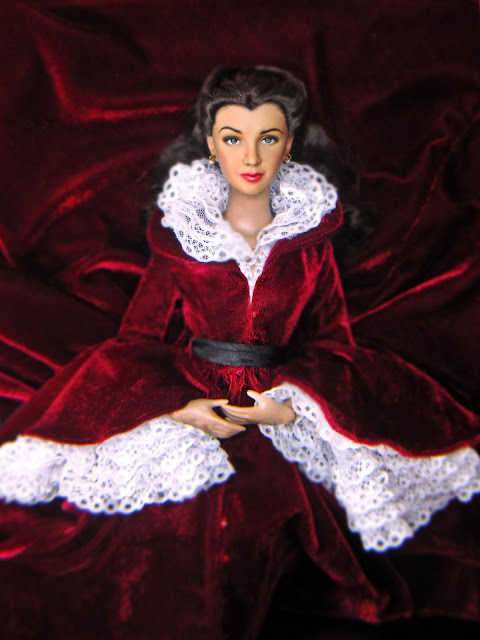 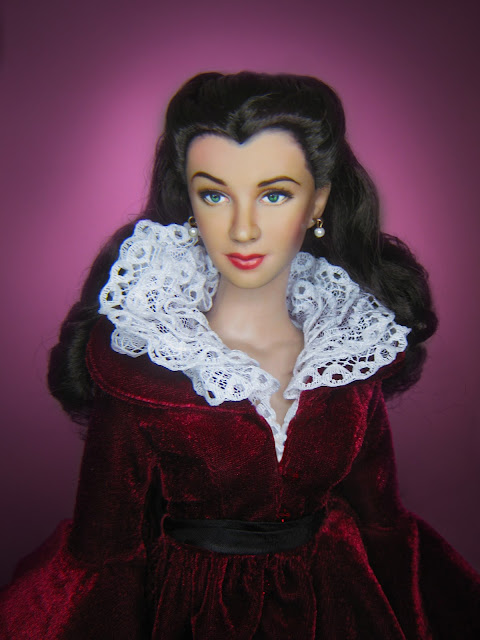 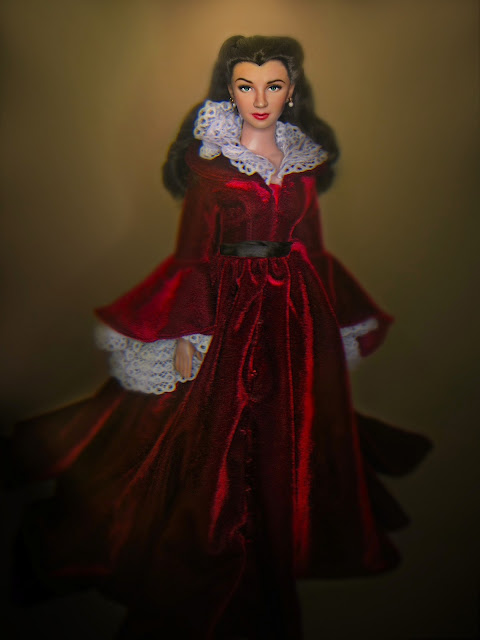 It is everything they said it would be: a fiery, passionate gown that befits Scarlett. While the exposure of this night robe is for one sequence in the film, it is also strongly associated with Scarlett. It appears in almost all iconic posters of GWTW where both Rhett and Scarlett look into each other's eyes: he with the passion of a jealous love, she with defiance. Put those two emotions together and it becomes an scene that we never see but it bookmarked by Scarlett's naughty smiling face the next morning.

Tonner did well with this robe. The lace on the sleeves as well as the collar are in scale in detail, and so are the buttons (like sharp 1/4 red beads). The train is sufficient and is not as long as the red velvet creation. It is the velvet that brings the fire into the creation. Soft and thin, it drapes well when the doll stands. The black sash becomes a ribbon at the back and which can be unfastened with a clip. The doll is inserted into the dress with front opening. That black sash also is held by red string on the sides like the grooves into which a belt enters. This sash goes under the velvet at the back (I surmise the cape or what I have come to know as the watteau train (thank you Fran). Also described as a train falling from the shoulder blades to the hemline of the gown
(source: the fashion glossary of weddingchannel.com.)


The doll you see here is the Tonner Curtain dress doll whose hair I have unfurled, twisted upwards  and fastened at the back. The earrings do not come with the doll. I actually forgot to take them off.  I also repainted the arching brow to give it more arch, fixed the lips to have less of a smile...unless of course, Scarlett knows what she's going to get. 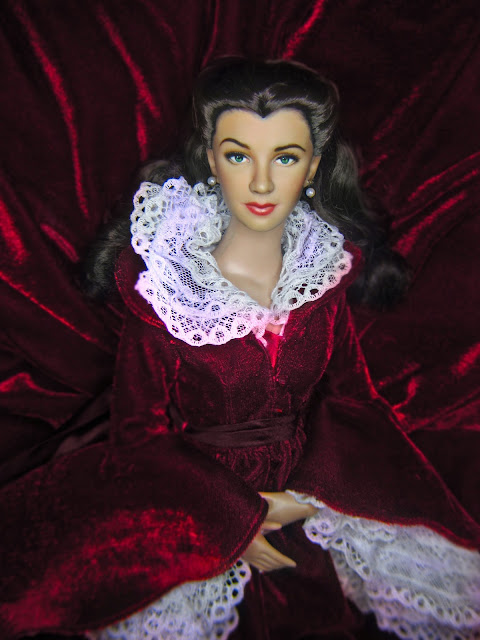 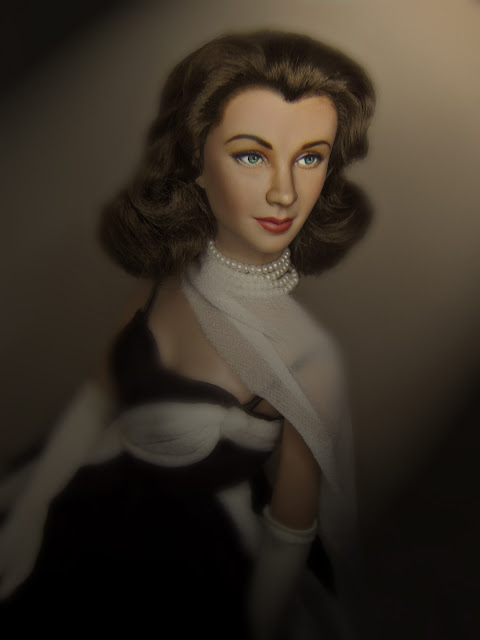 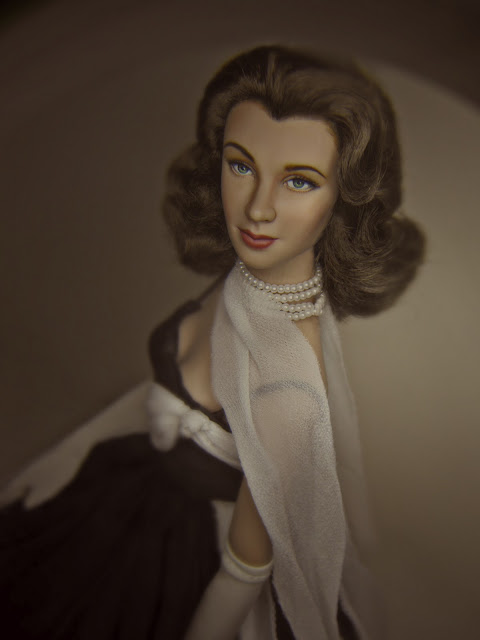 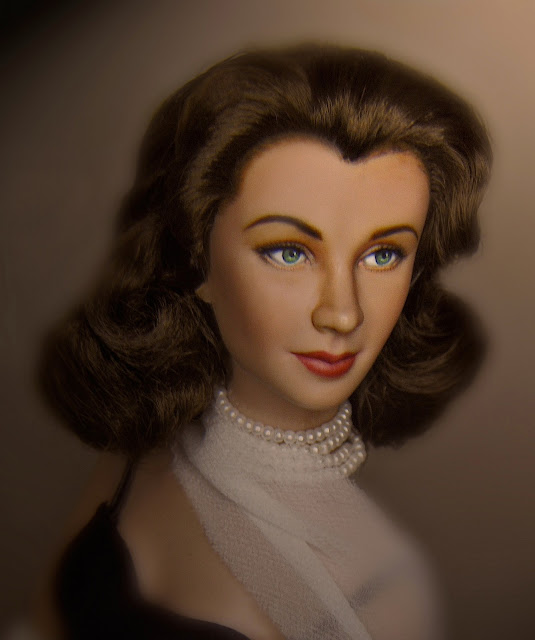 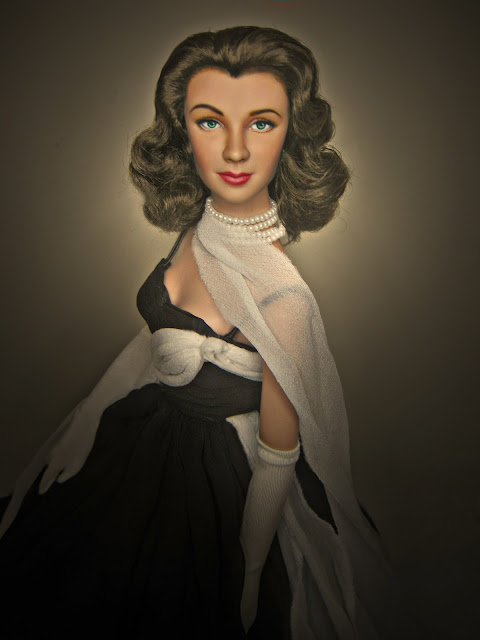 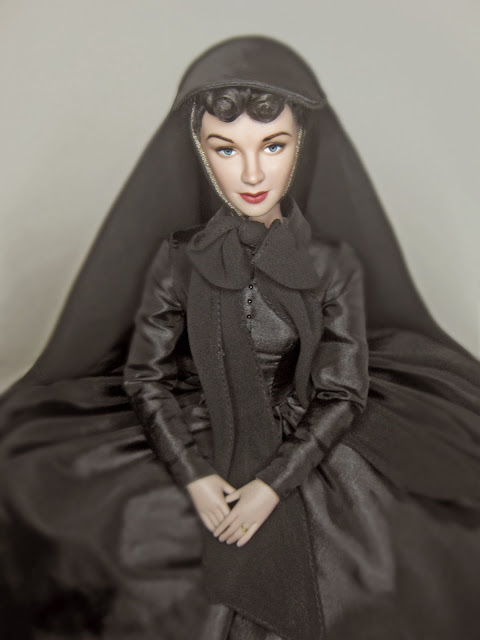 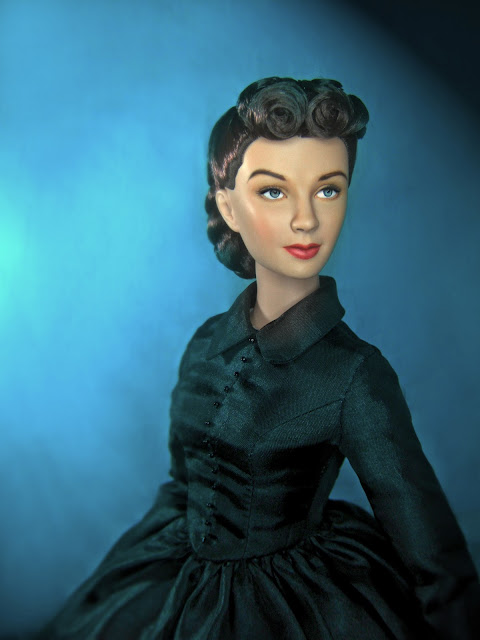 I finally got to repaint Mrs. Charles Hamilton. I had to be very careful. Those are large curls and any tug would make them unruly. Hoping one day to send this to the hairstylist Dave recommended. Got also a note that "Fire in Atlanta" outfit has arrived. Eager to see that and photograph too. If you have this doll, you would notice that it has painted on its left hand finger a "ring". Same goes for Tonner's Blue Portrait doll. I like how neatly braided they did the hairstyle of this one. More photos coming soon. When work will allow. I'll make work allow it. Have a nice day! 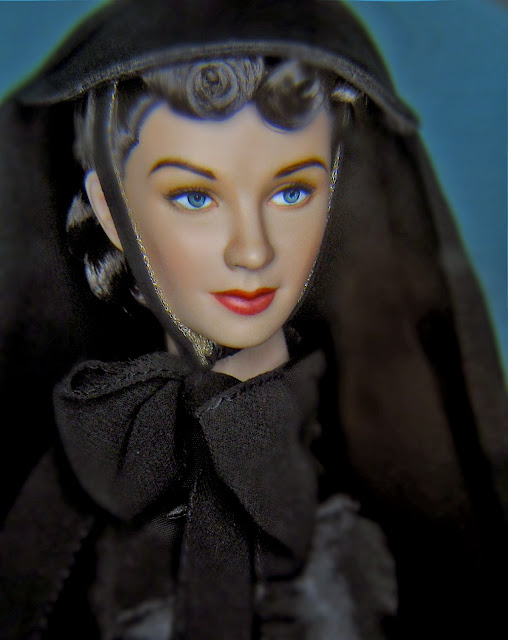