An Attempt at Da Vinci, Rosetti and Botticelli 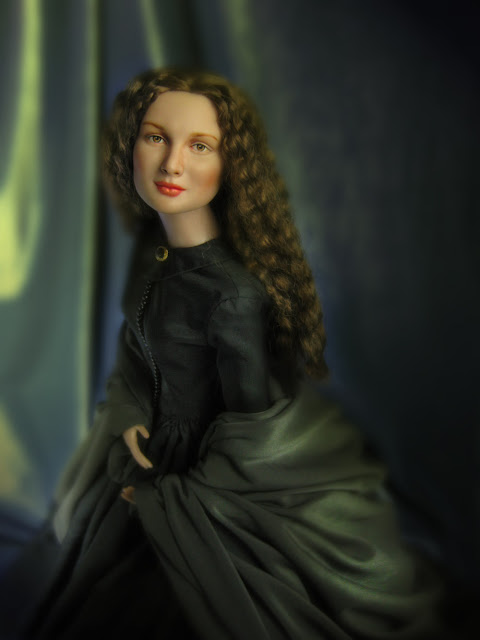 The Melanie Hamilton head sculpt is perhaps one of the most classic ones that Tonner came out with. Close to it would be the Carol Barrie doll. I had this doll long before and attempted to fix the bun. I was not successful at doing that as the doll hair is too thick to be handled well -- kudos to those who were victorious at restyling it the Melanie way (said with a bow). Perhaps accidents happen for opportunities to happen because the sculpt opened up the possibility of repainting the doll (with loosened hair) into some Da Vinci-esque muse.

I was inspired by the paintings of La Gioconda by Da Vinci, the women paintings of Dante Gabriel Rosetti  and La Primavera here. Noticing the crimped classical hair of the subjects of these artists, I sought out to do what could be a possible repaint.
I sectioned the hair carefully and braided these into tiny braids to capture a sculpted look that would
capture the light with the little waves. Each braid was tied with a thin thread in the end. Dipping the head into freshly-boiled water for 20 seconds, then leaving it to dry.  After which loosening the braids which is easily done with a toothpick by starting from the ends of the braid. 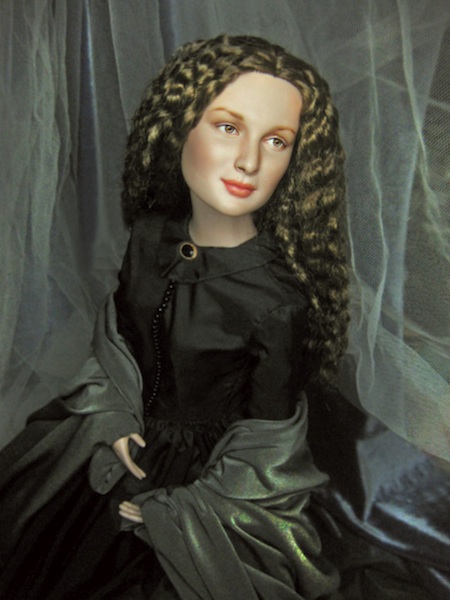 Then came analyzing the paintings of Da Vinci and Rossetti. The subjects hardly had any make up on and there weren't any noticeable detail on eyelashes nor brows (I tried this doll with no brows on, and it didn't look well too me although it was as faithful to the classical subjects as possible). So why not add some brows-- thin ones and hardly discernible ones. 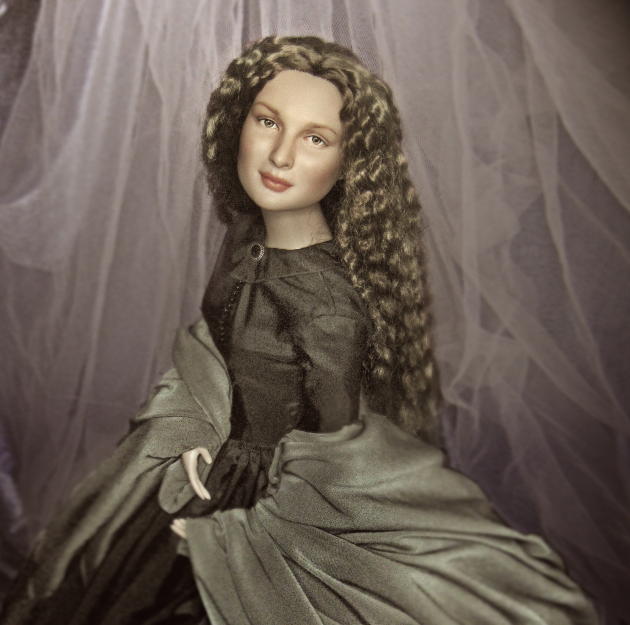 Here is a result of this project -- as what I call my little portrait attempts these days.  I hope you like it and enjoy it as much as I did venturing into it. 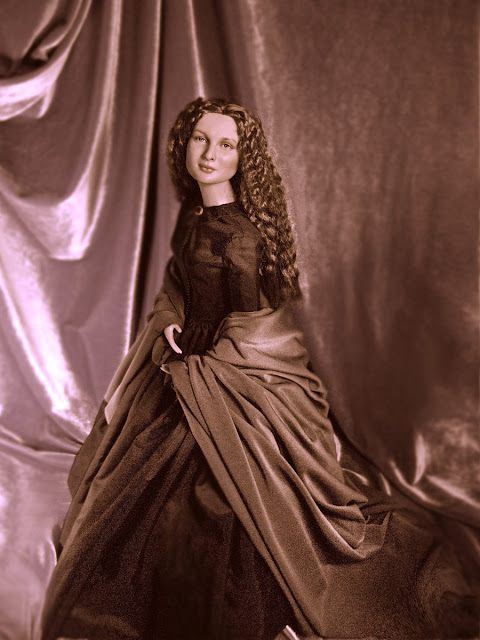