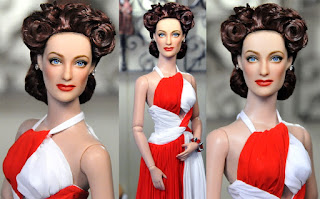 I have been privileged to know a few people who share doll collecting and creativity in the my passion for dolls, among them is Noel Cruz. We find our commonality in this craft, aside from us being both Filipino. It was Noel who encouraged me to pursue this little passion -- my determination to make the Tonner doll look like Vivien Leigh (at least in my eyes). I would send him pictures of my repaints and he would make comments about them -- generously -- like a master to his student. I know I may never be a Noel Cruz, but what he has shared is one of the greatest treasures I have found in life. The long hours of practice, the grumble everytime I didn't make it right, the symmetry, etc. They were all part of the journey. I am still a practicing student, hoping one day to create my own style but having the realistic impact I desire for doll repaints. I wish I had more time though. Advertising can eat up so much of my time.

Noel gave me my first brushes which I still keep and somehow refuse to use extensively. Each one of them is signed by him -- at least, if I can't afford a repainted doll, I have something of Noel Cruz's which I feel are equally priceless.

Noel was happy to have been part of Hollywood Ahoy. I believe the organizers of Hollywood Ahoy was lucky to have had him too. I take this little opportunity to share with all of you what Noel has shared with me: a photo of his Hollywood Ahoy Joan Crawford auction doll which went to his friend Suzanne. Lucky lady she is!

Thank you Noel for sharing this. = )

And since I've mentioned Noel, I also share this with all of you and the rest of my friends who share their passion for dolls or whatever: To Eric Caron whose miniatures are amazing! To Isabelle of Isabelle Repaints who takes time too to share her work with me, to the beautiful Nikki, to Margaret Wallace who at 75 still lives with vibrance and love for life, to Alana Bennett who never fails to bring creative vision to life, and to Margaret Thackston, my friend who makes me always smile with her passion for dolls. And to the little group that follows this blog. I know its not much of a blog I know. But it's my little world that makes me feel happy and makes me love life a little more than I do.
Posted by Raphael at 4:53 AM No comments: 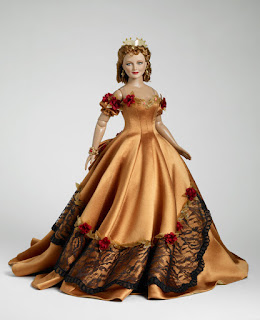 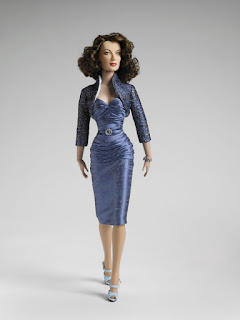 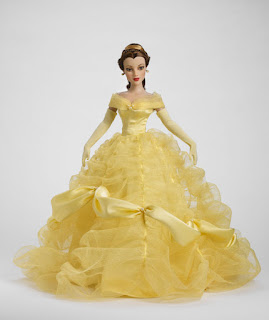 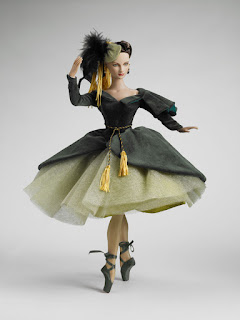 The recent release of Tonner's 2009 GWTW line likewise released a big query in the minds of GWTW doll collectors: WHY?
The big question mark hanging over the heads of Scarlett doll-lovers was directed towards two Scarlett dolls dressed in ballerina versions of the "white prayer dress" (from the opening of the film) and the famous "drapery" dress.

I am not much a follower of ballet. And while I do understand that there are people who love this art, it seems uncanny that the link between ballet and GWTW be made. Up until now, I still have no explanation why this was pursued. Does Tonner do ballet versions of every franchise they have? Not really. But because of this, we don't know what else can happen with the other lines:
Twilight Edward and Bella in ballet costumes?

However one pleasant surprise (in my opinion) was the introduction of Atlanta's woman whose notoriety competes with that of Scarlett's -- Belle Watling. Belle Watling has a plus size form and a beautiful gown with a cut that flatters her voluptuous figure. Her hairstyle seems accurate as her expression. She is not Ona Munson in likeness, but she surely captures the Ona Munson aura.
And for that she seems like an interesting buy -- Funny too that the doll is said to have a little "bell" on her forehead as an accessory: a bell for Belle.

On that note, I was also happy to have seen Disney's Belle now made into a regular size version 15-16-17" (not sure), and with a much better factory paint than the 22" doll (How does one play with a 22" inch doll or even display that size as big as a vase?).
I have always liked the Disney Belle gown, and this one might be another thing to plan for if one is going to go doll-crazy again. The factory paint on this doll so beautifully captures the animated character's look.

Capturing another beauty's look is the Ava Gardner doll. My only gripe is that I wish they really did costumes from her films or from some press photos -- but that would mean another franchise to either designer or movie. Nevertheless she is magnificent -- much more, in my opinion, than Joan Crawford and Bette Davis (who was really never a style icon for me so the doll in different fashions was not so coherent -- for me).

(photos from www.tonnerdoll.com)
Posted by Raphael at 7:04 PM 2 comments: