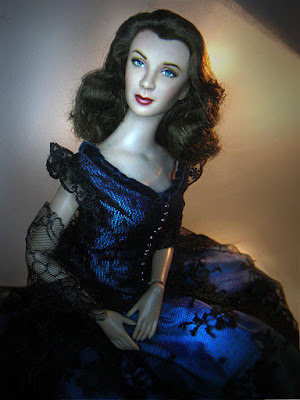 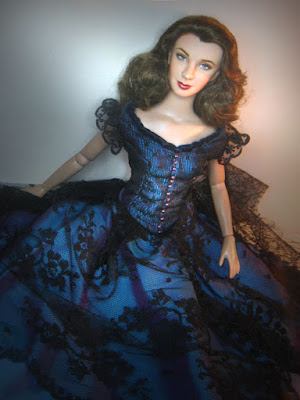 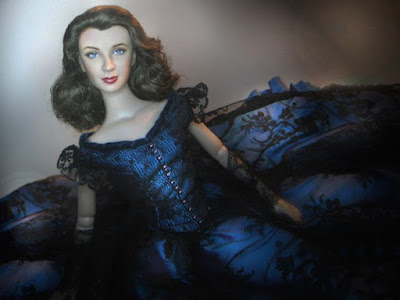 BUT..."Scarlett O' Hara was not beautiful" -- as Margaret Mitchell mentioned in her book. But in all her reader's eyes, she was. For how could a Southern Belle keep the richest man in the South (Rhett Butler) and make him her husband? I believed she did get him back with her beauty and charm. After Vivien played the role, she made it her own, and it was hard to imagine anyone of that time -- and in my opinion, even today capable of playing the role as good as she did.

It is said that against the fiery background of the Burning of Atlanta shoot that David Selznick first caught glimpse of Vivien Leigh. His brother, an agent, introduced Vivien to David. She was on a trip with her beau Lawrence (who was doing Wuthering Heights). Having read Gone with the Wind, Vivien believed she could play Scarlett. So on a ship from England to California, she re-read the book, memorized some of Scarlett's monologues and practiced different facial expressions to bring out Scarlett's changes in character. Selznick was bowled over (as legend says) and immediately Vivien was escorted to do her first readings. "She's the Scarlett dark horse and looks damn good!" David said to his wife Irene.

I had to practice. So, another doll had to be re-repainted. This time with a change of hairstyle faithful to Vivien Leigh (I think).
Here she is wearing Alana Bennett's blue gown inspired by the TV series sequel to Gone with the Wind: Scarlett.
I love doing portraits of my dolls. Only the new Scarlett dolls by Tonner are very expensive. Plus none of the sellers accept Western Union. I used only one brush to repaint this doll. I still have to retouch a little more. The hairline has been lowered by repainting some "hair-like" strands there. My eyesight is not as good so bear with me on this =). Hope you like her.
Posted by Raphael at 9:27 AM No comments:

The Young Victoria: A movie rich in costume ideas for dolls 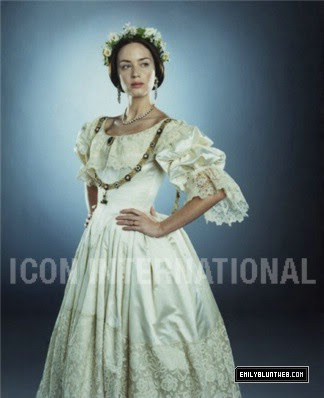 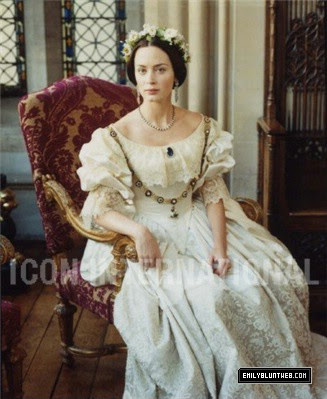 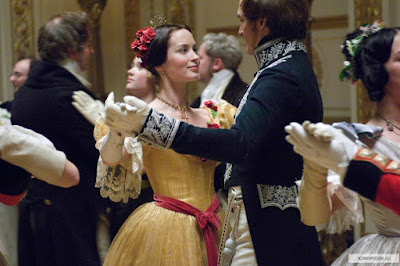 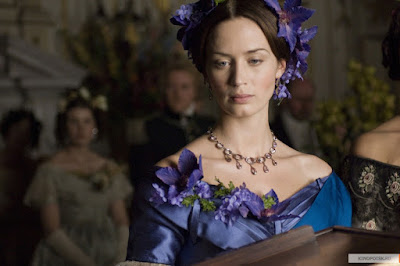 Of all the movies about the Queens of England, this is perhaps my favorite. Lacking in tragedy but more on triumph -- not of political or monarchy-ial standards but more, of romance (yes, I'm a sucker for it -- albeit not the cheesy type). The story of Albert and Victoria is given life by actors Emily Blunt (Devil Wears Prada) and Rupert Friend. While many have criticized the film, I personally feel otherwise. Emily Blunt is one gifted actress of her generation, having some theater background (the best for an actor), she brings to the screen a certain freshness. Queen Victoria and Prince Albert's romance is somehow of classic proportions. After his death, it is said that she would have his clothes laid out every morning, reluctant in assuming her duties as Queen. True love? More than a romantic lover, she was able to find a partner in her reign.

If the acting is enchanting, so are the costumes. I don't have much pictures here. They are all from Emilyblunt.com. Sandy Powell designs the costumes which are patterned after the real costumes that the Queen wore. Briefly on the film is the wedding scene which captures the beautiful gown worn by Victoria. I think this was also the period in which Scarlett O' Hara lived -- having named her daughter after 2 queens, Victoria being one.

Check out emilyblunt.com or the movie site of "The Young Victoria. I also got the soundtrack off Amazon. The score composed by Ilan Eshkeri is my perfect background when practicing repainting. One day, when I earn a little more, I'll probably get myself a Melanie doll and repaint her as Victoria, have Alana Bennett do a Victorian gown after the film. = )
Posted by Raphael at 8:48 PM 4 comments: